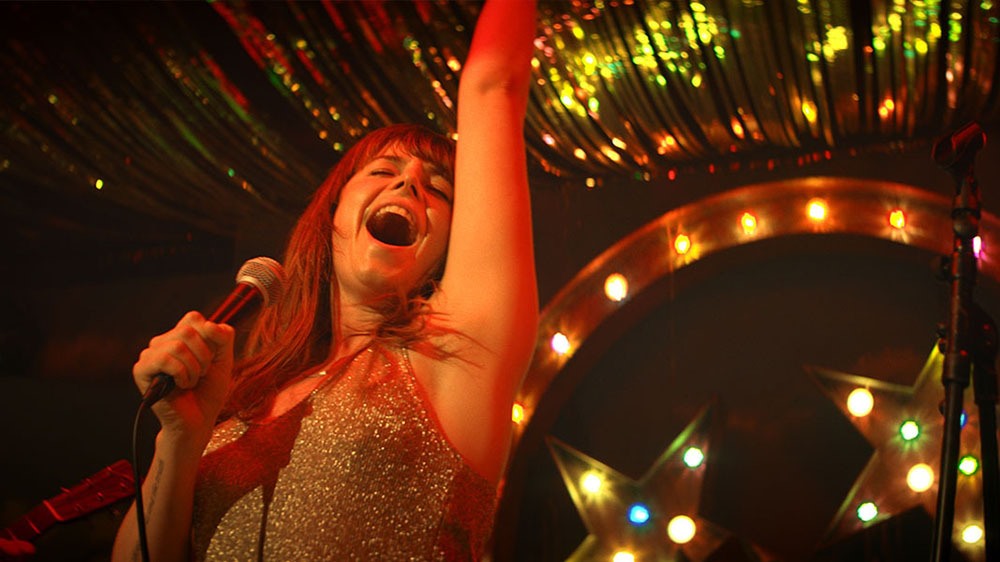 Jessie Buckley, Sophie Okonedo, and Julie Walters star in this inspiring comedy drama about a would-be country singer who dreams of leaving her dreary, workaday Glasgow life for the bright lights of Nashville.

Rose-Lynn Harlan has dreamt of becoming a country music star for as long as anyone can remember. But Glasgow isn’t exactly Nashville, and, as a convicted criminal and single mother of two young children, Rose-Lynn is more country song than country starlet.

Just released from prison, forced to wear an ankle monitor and keep curfew, she can’t return to her job as the house-band singer at Glasgow’s Grand Ole Opry. Sporting her white cowboy hat and white leather cowboy boots, Rose-Lynn lands a new job as a housekeeper for the lovely, and very posh, Susannah (Sophie Okonedo). After catching her singing on the job, Susannah’s kids quickly become Rose-Lynn’s biggest fans and Susannah her enthusiastic patron, determined to help her get to Nashville.

Buckley delivers a vivacious and unforgettable performance as Rose-Lynn, her voice a star of its own. With a confident hand, director Tom Harper brings Nicole Taylor’s beautiful, textured script, full of authentic characters and unexpected turns, to life in Glasgow, a city that, like his protagonist, might appear gritty on the surface, but is bursting with spirit and personality.