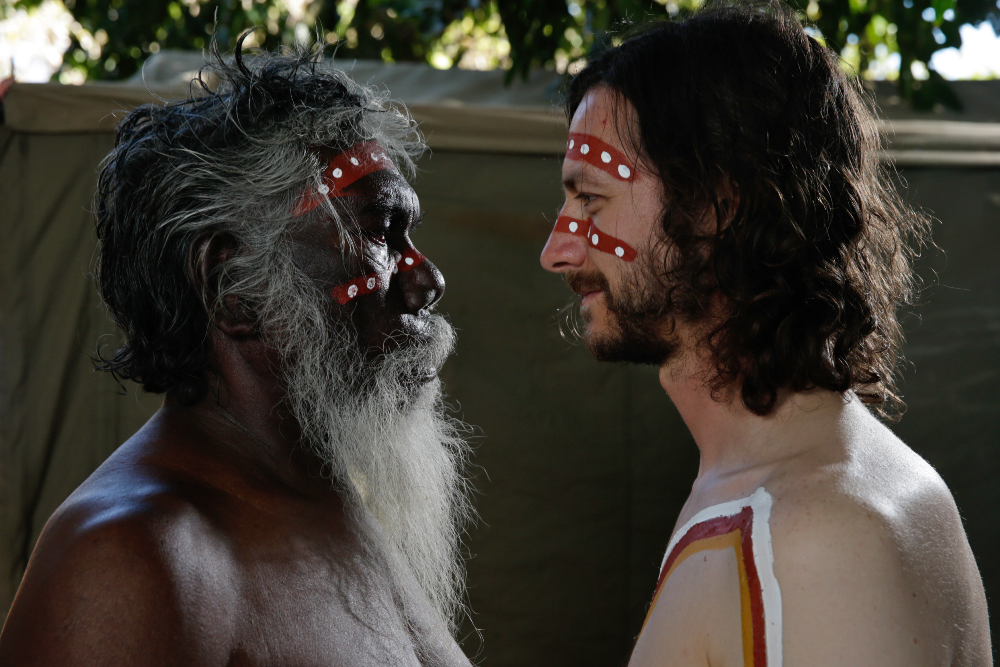 Yolngu warrior, shaman and father Djalu Gurruwiwi, with some help from global pop star Gotye, must find a way to bring two worlds together to save his culture.
Djalu Gurruwiwi, an ageing Yolngu elder and master Yidaki (didgeridoo) player, is a custodian of his people’s ancient Songlines that have stored his clan’s Knowledge, Culture and Country since the birth of time. But Djalu is running out of time to pass on these Songlines, entrusted to him for the future of his people. His sons and community, struggling to come to terms with the consequences of colonisation, are lost. When Djalu breaks with tradition in an effort to save the Songlines, world-famous musician Gotye becomes an unexpected family member and helps amplify the songs to the world.
Director Ben Strunin spent more than five years documenting Djalu’s journey, which ultimately manifests as one of his oldest Creation stories – the Wititj Songline that tells of two different serpents speaking together to maintain balance in the cycle of life.
A haunting and important film…” (Nick Cave)