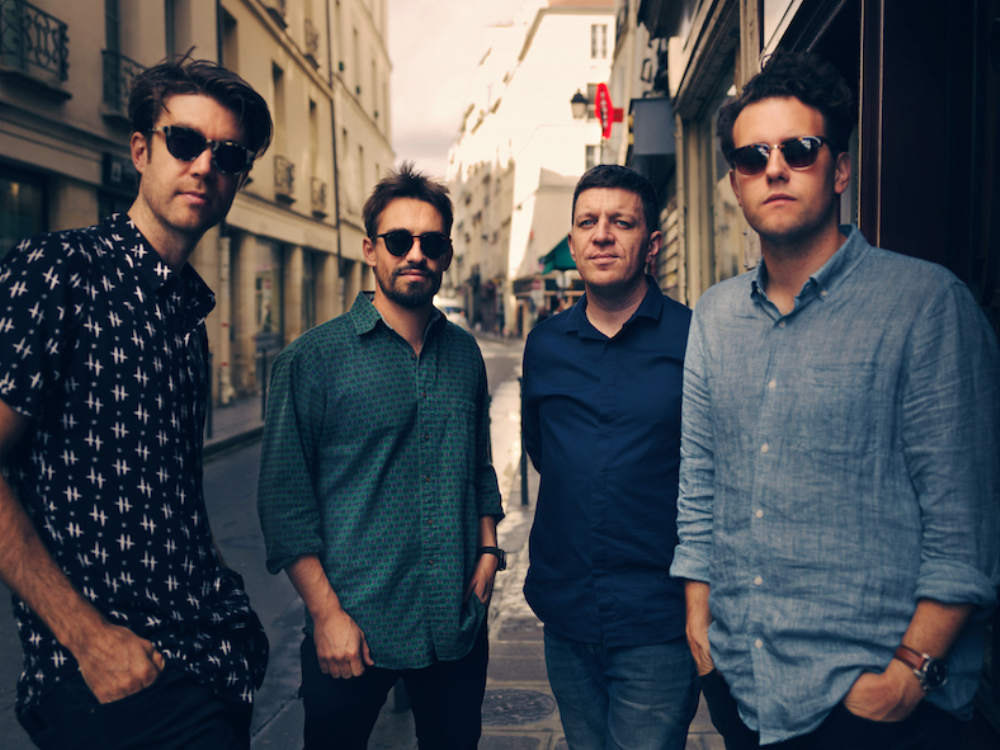 ARIA & Australian Music Prize short-listed jazz-world-roots quartet The Vampires are coming to the Jetty Theatre. Featuring Sydney based saxophonist Jeremy Rose, trumpeter Nick Garbett, drummer Alex Masso, and Australian born, Los Angeles based bassist Alex Boneham.  Boneham joins the band for his first Australian performances with the band since 2014 when he moved to Los Angeles on invitation to study at the prestigious Monk Institute under the personal tutelage of Herbie Hancock and Wayne Shorter.
The Vampire’s music effortlessly draws from influences from all corners of the world,  best described by The Guardian UK as ‘seductive, genre-hopping creativity’. With its roots in the jazz tradition the band combines virtuosic risk-taking improvisation, sophisticated compositions and an uncanny sense of dialogue between the sax-trumpet frontline to create a style of their own.

The band recently collaborated with one of the jazz world’s most talked about guitarists, Lionel Loueke for their ARIA nominated 5th album ‘The Vampires Meet Lionel Loueke’ (Earshift
Music/MGM). Produced by The Necks’ Lloyd Swanton, the album is also the first instrumental album to be shortlisted for the Australian Music Prize (AMP), alongside 2017 finalists including Paul Kelly, Beaches and Jen Cloher. The album has received critical acclaim internationally including four star reviews in Downbeat Magazine (US), The Guardian (UK) and All About Jazz, which called it “the perfect summer record”. The album was also named in the top ten releases for 2017 by Cadence Magazine (US), and #1 on All About Jazz’s best of 2017 Jazz Releases (Friedrich Kunzman).
Drummer Alex Masso said “there’s nothing we love more than touring around Australia. We can’t wait to get back on the road because the best thing you can do for this music is to play it every night, it’s always different.”

“If jazz music is about continuously reinventing and staying on your toes, then The Vampires Meet Lionel Loueke’ is a phenomenal jazz record by a worldly, talented band.” 4 stars, Downbeat (US)