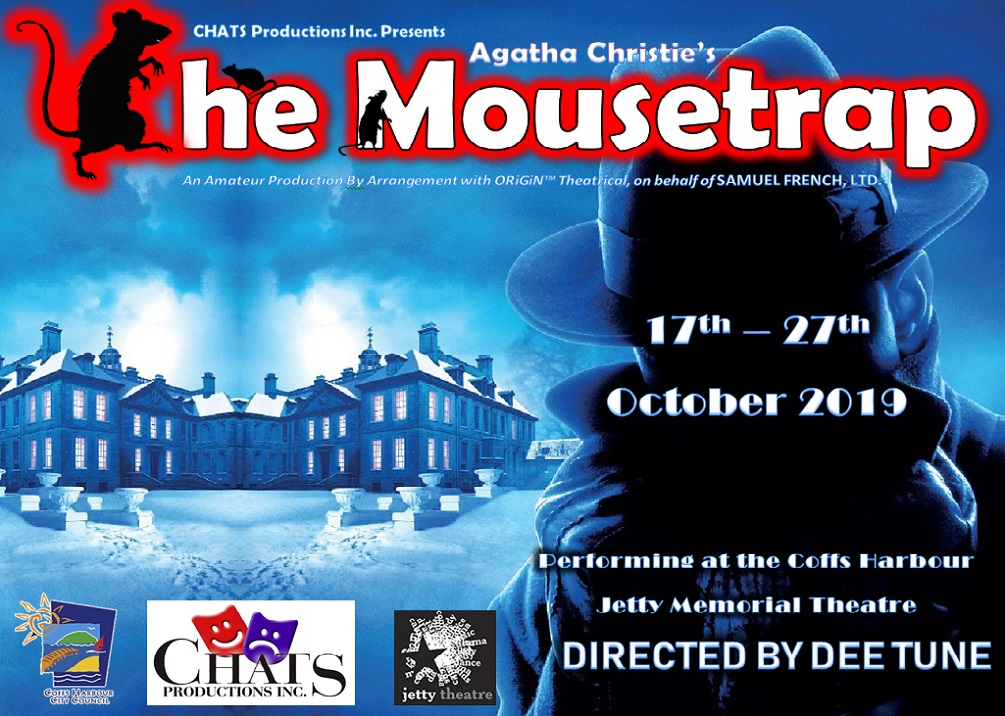 The Mousetrap opened in London’s West End in 1952, and has been running continuously since then, making it the longest running play in history. The Mousetrap revolves around a group of diverse characters, snowed in at a Guest House in country England with a murderer in their midst. Who can it be? One by one the suspicious characters reveal their sordid pasts until at the last, nerve-shredding moment the identity and the motive are finally revealed.

Be a part of the best kept secret in theatre history.