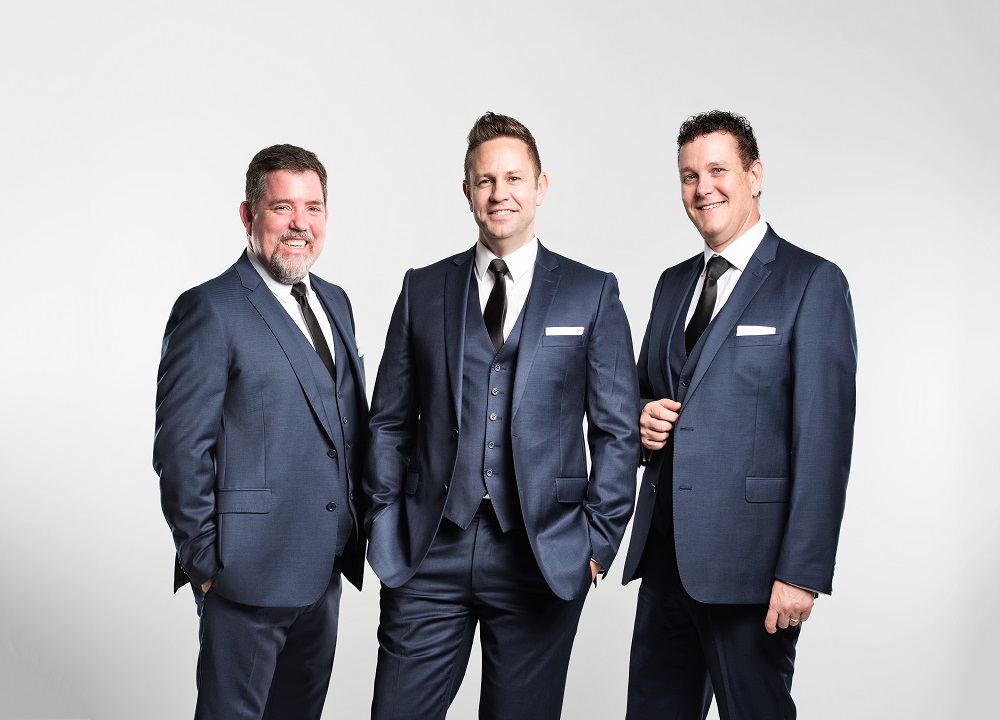 POSTPONED: Please note this performance has been postponed. New date to be advised. Patrons will be notified as soon as we confirm the reschedule date.

David Kidd, Craig Atkinson and Andrew Pryor share a classic collection of songs that remain as current as the day they were written. These songs by Puccini, Rodgers and Hammerstein, Lloyd-Webber, Simon & Garfunkel, Verdi and Peter Allen (to name a few) have defined our culture and influenced everyone who has  came in contact with them.

These three Queensland tenors met while touring internationally with The Ten Tenors; performing in venues such as London’s Royal Albert Hall, The Pantages Theatre in LA and the Sydney Opera House. After some time apart working with Opera Australia, Opera Queensland and many of the country’s finest orchestras, they are back together doing what they do best.

Tenori have established themselves as a national touring force, travelling the length and breadth of Australia, performing on the iconic Queen Mary 2 and sharing the stage with the likes of Emma Pask, Marina Prior and James Morrison.

The lads have been working hard on a new album and are excited to share fresh versions of some of their favourite songs, this time with a three-piece band.

David, Craig and Andrew are known for their stylish, unique and often hilarious takes on songs from the worlds of Opera, Music Theatre, Pop and Jazz. Individually, they have beautiful voices. Together they sing like the band of brothers they are, with the camaraderie and precision that more than a decade of harmonising together can bring.

“Tenori have perfected an entertaining mashup of Opera, Music Theatre and Jazz.” The Australian

POSTPONED: Please note this performance has been postponed. New date to be advised. Patrons will be notified as soon as we confirm the reschedule date.

We thank you for your understanding.