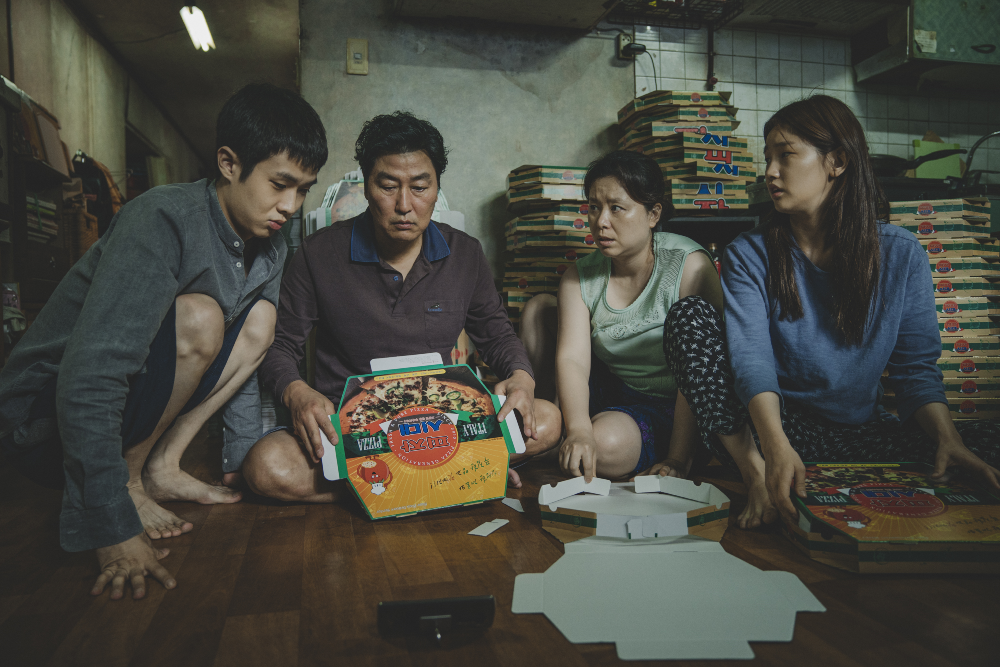 Winner of the Palme d’Or (Best Film award) at the Cannes Film Festival and the Sydney Film festival Official Competition – the first ever for a Korean film – this family tragicomedy is the latest masterpiece from Bong Joon-Ho, the director of The Host and Snowpiercer. PARASITE confirms his position as one of the world’s most inventive and captivating filmmakers.

Bong regular Song Kang-ho (The Host, Snowpiercer) plays Ki-taek, whose family of four is close, but hopelessly unemployed. Without prospects, they hustle as best they can to scrape up the money to survive in their subterranean apartment. Hope comes in the form of an unusual offer. The son, Ki-woo, is recommended for a very well-paid tutoring job. Though Ki-woo lacks a university degree, it turns out his sister Ki-jung is a master forger and soon, bearing a fake degree, he is being interviewed at the luxurious home of the very wealthy Park family. Ki-woo gets the job as tutor, and quickly realises that the Park family could well prove to be the solution to his family’s money problems.

With every frame beautifully composed, Parasite vividly contrasts the two families using humour, mystery and a creeping sense of tension.