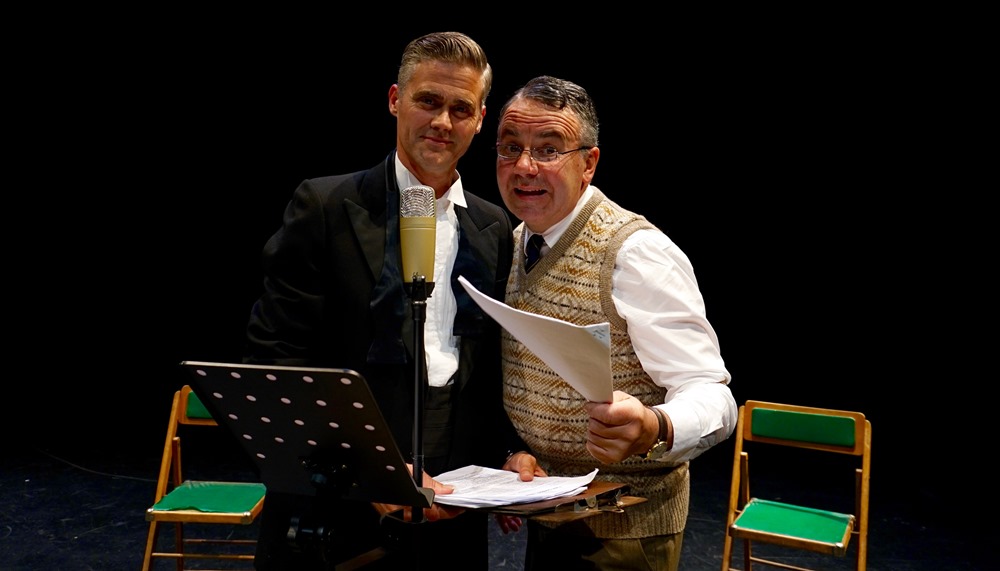 Special Offer: Buy One, Get One Free! Use the promo code of ‘1 free’

Aussie comedy legend, Michael Veitch (who you might recognise from past television comedy hits such as the D-Generation, Fast Forward and Full Frontal) is back doing what he is loved for – original comedy!

Simon Oats (known for his appearance in Blue Heelers and Something in the Air) joins him on stage as former quadron Leader, Tony ‘The Ace’Hamilton.

Mystery in the Air is a sharply written, intelligent comedy that crosses politically correct boundaries. Set in a 1940s radio station, the story centres around a much-loved fading radio star (Veitch) who is feeling the heat from a dashing newcomer (Oats). Talent vs stability, old vs new…the drama doesn’t just go ‘live-to-air’!

Mystery in the Air guarantees a terrific night of entertainment that is sure to keep you laughing long after the curtain closes.

“One of the cleverest, funniest and unique shows I’ve seen in ages! My face still aches from laughing. Simon and Michael are the new Laurel & Hardy.”

Mystery in the Air

Special Offer: Buy One, Get One Free!

Use the promo code of ‘1free’