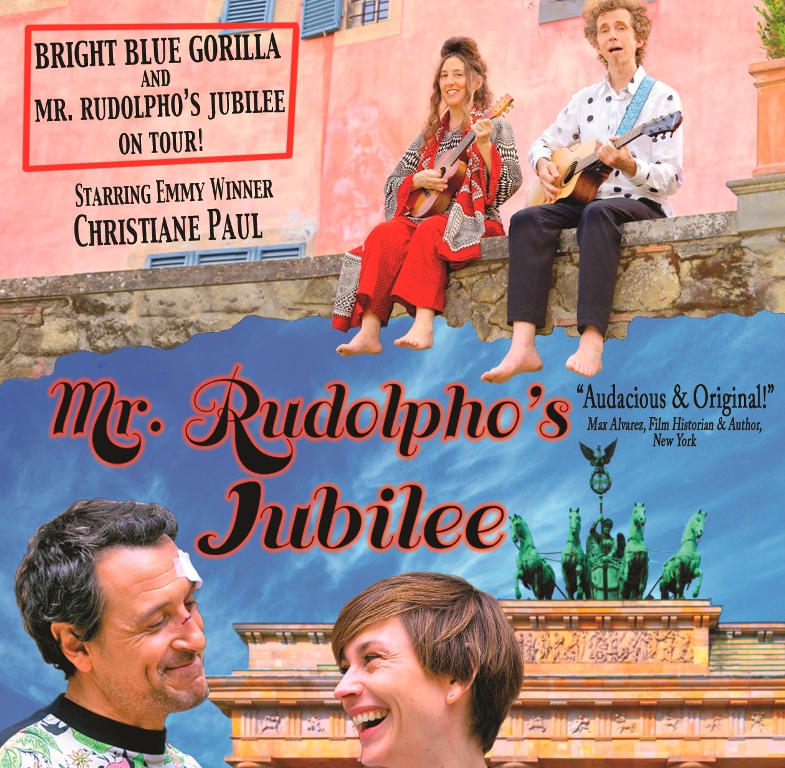 Mr. Rudolpho’s Jubilee is a romantic comedy told by two “Musical Angels”, aka Bright Blue Gorilla as the Greek Chorus.

Join award-winning L.A. filmmakers/musicians Bright Blue Gorilla, for live music and screening of their film Mr. Rudolpho’s Jubilee, followed by a Q&A.
From their sold-out world premiere in Berlin, they’ve been touring Europe and the UK for the last year and now head to Australia for the vert first time.

The story follows Italian fashion designer, Mr. Rudolpho – rich, famous and depressed – who decides to end it all, however things don’t go as planned and he finds himself hanging out with a bunch of bohemian artists while the rest of the world is madly searching for him.

Audiences are loving the film, see the IMDB reviews here

The event screening includes a live performance by Bright Blue Gorilla (Robyn Rosenkrantz and Michael Glover) before the film, an interval where audience members have an opportunity to purchase CDs and a Q&A with the filmmakers afterwards.

After 6 feature films, a dozen CDs, and 28 years on the road, Bright Blue Gorilla has plenty of entertaining stories to share. Producer Robyn Rosenkrantz and Director Michael Glover have been charming audiences around the world since 1990 when they quit their L.A. jobs, sold everything they had (except their guitars) and bought one-way tickets to Europe. They’ve been traveling ever since and are still going strong!