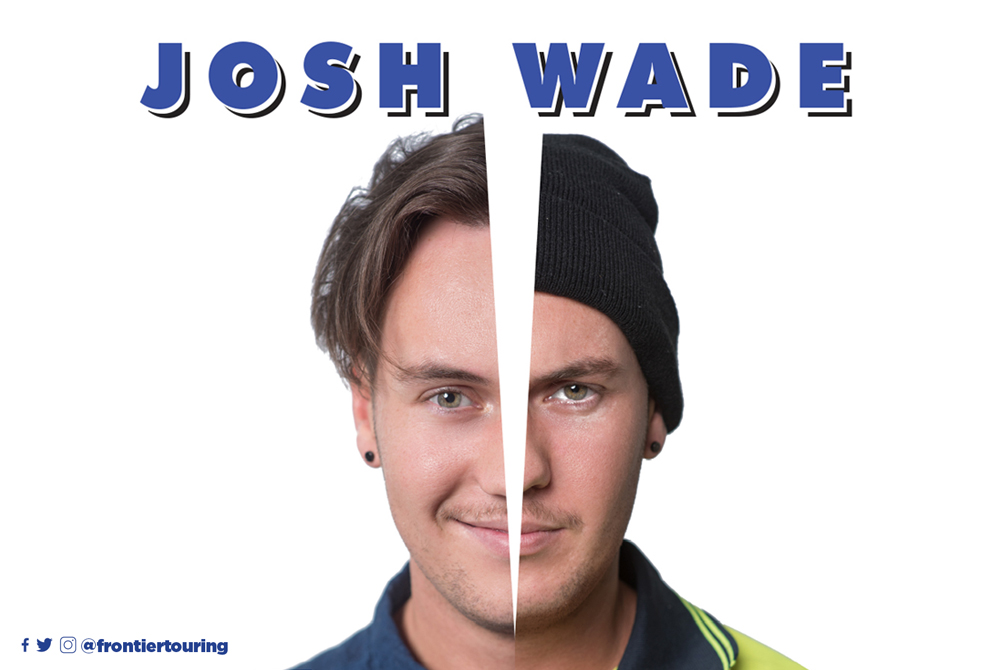 In this audio visual spectacular, comedian Josh Wade explores his relationship with the many masks and characters developed throughout his lifetime as an attempt to fit in, and his 20 year quest to find his comedic alter-ego- ‘Cunny’.

At 22 years old and with four sell-out national tours under his belt, Josh Wade has been taking the comedy scene by storm with his character-driven comedy since he was a teenager. Josh’s journey of discovery embarks on the many issues facing Gen Y today – from religion and spirituality, drugs and alcohol, to domestic violence and sexual abuse. How did these experiences lead to the creation of ‘Cunny’?

No topic is left untouched and this show promises to be shocking, crude, uncomfortable, but most of all – the truth.

Josh Wade: Me, Myself & Cunny