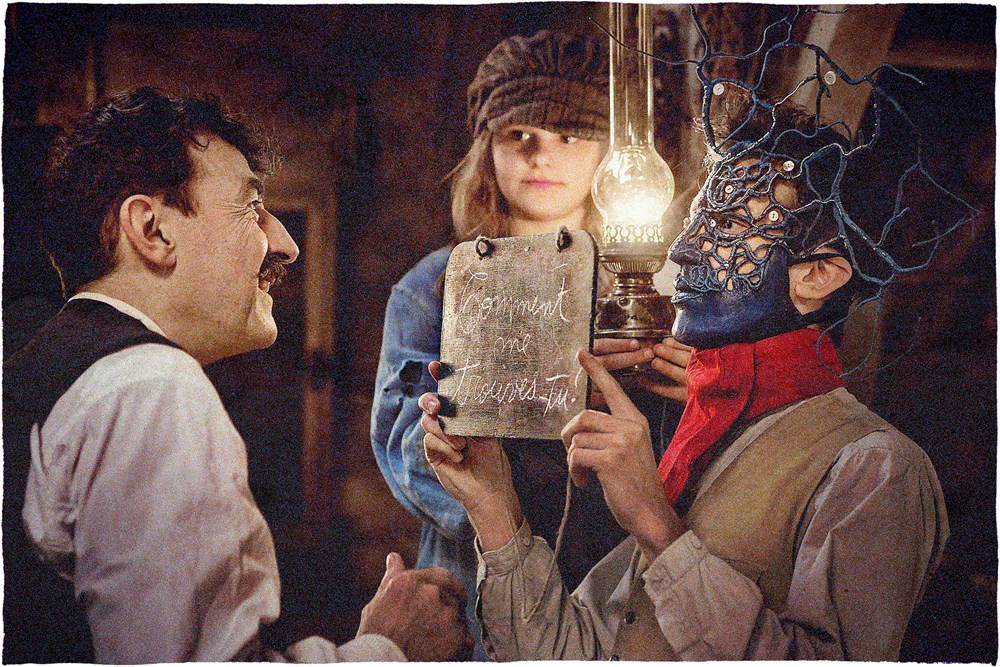 D. Albert Dupontel | French | MA15+
Winner of 5 Cèsar Awards!
Albert Dupontel (In Harmony, Vive la France! 2017) appears in, writes and directs this epic drama adapted from the best-selling, award-winning novel by France’s answer to James Ellroy, Pierre Lemaitre.
As star and narrator, Dupontel is Albert Maillard, a rank-and-file French infantryman battling to survive trench warfare as WWI comes to its conclusion. In a horrific final sortie, Maillard is almost buried alive by debris and his comrade Édouard Péricourt is horribly disfigured after being hit by mortar fire.
Péricourt becomes addicted to morphine during his convalescence and, living behind elaborate masks to hide his disfigurement, concocts a plan with Maillard to sell phony monuments to French towns honouring their dead; an undertaking that will prove as dangerous as it is stunning.
Also starring Laurent Lafitte (Boomerang, Vive la France! 2017) as the sadistic Captain Pradelle and Niels Arestrup as Péricourt’s estranged father, See You Up There is an awe-inspiringly lavish 1920s period thriller with a production budget to match. Fans of Lemaitre’s crime writing will not be disappointed.

See You Up There