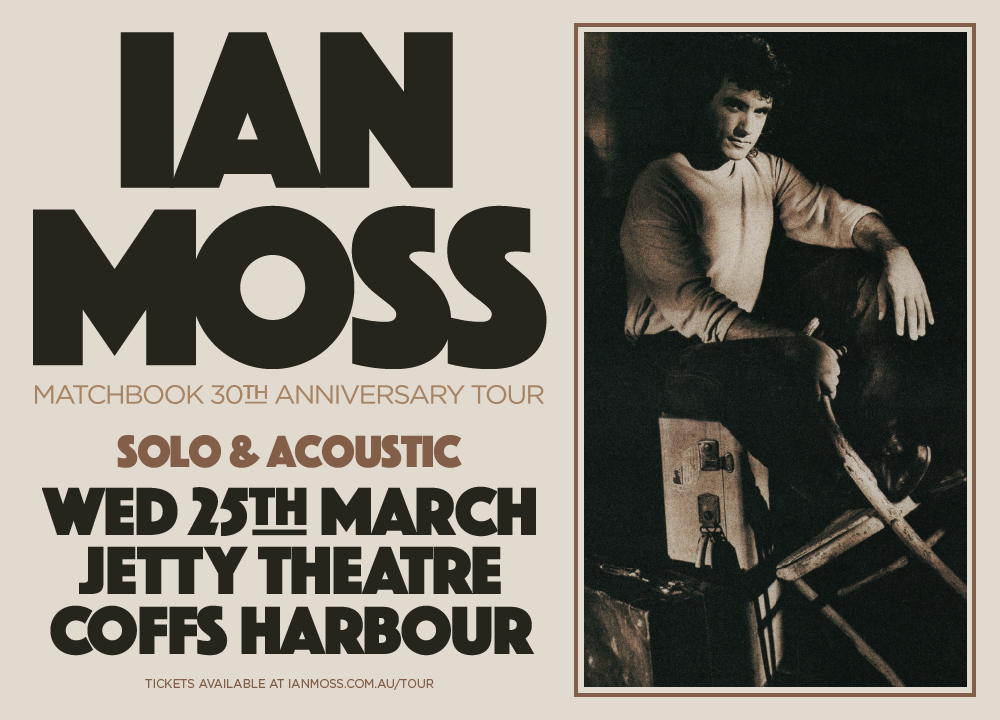 Solo and Acoustic
Hot on the heels of the recent metro Matchbook 30th Anniversary Tour dates, Ian Moss has today announced Regional tour dates commencing he’ll be taking the iconic album on the road across Victoria, New South Wales and Tasmania from February 2020.

Ian said, “Touring into the heartland that is regional Australia has always been something that I have looked forward to for over 40 years, especially meeting the fans & hearing their stories. The audiences have always been supportive, and I’m looking forward to getting back out there next year and sharing this special Matchbook 30th anniversary with them”