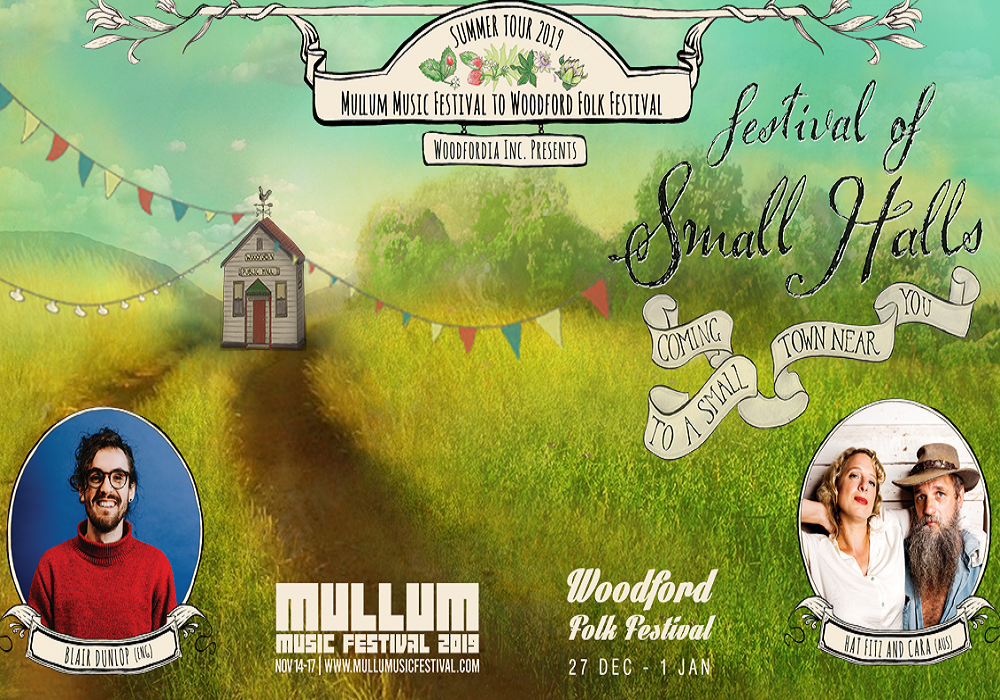 The best folk and contemporary music hits the road.

Blair Dunlop has now cemented his place as one of Britain’s most exciting talents to come from the folk scene. An award-winning British singer, songwriter and guitarist, he has released 3 albums, 2 EP’s and toured widely around the globe. It’s an astounding list for a short 4-year career, but what sets Blair apart from his peers is the lyrical and musical maturity with which he writes.

Dunlop is an outstanding guitarist and an emotionally persuasive singer. He is also, as demonstrated on this fourth album, a sharply intelligent songwriter who understands how folk can be enriched by tasteful rock and pop instrumentation.– The Sydney Morning Herald

High-energy duo Hat Fitz and Cara are among Australia’s most talented roots music artists. The husband and wife team have clocked up 10 years of worldwide touring, festival performances and album releases from their base of operations in the hinterland of South East Queensland’s Sunshine Coast and are showing no signs of slowing down. While the singer/songwriters are both multi-instrumentalists, it’s Fitzy’s weathered vocals and soaring blues-soaked guitar combined with Cara’s pounding drums and soulful voice that show them at the peak of their creative power.

This event will be held at: