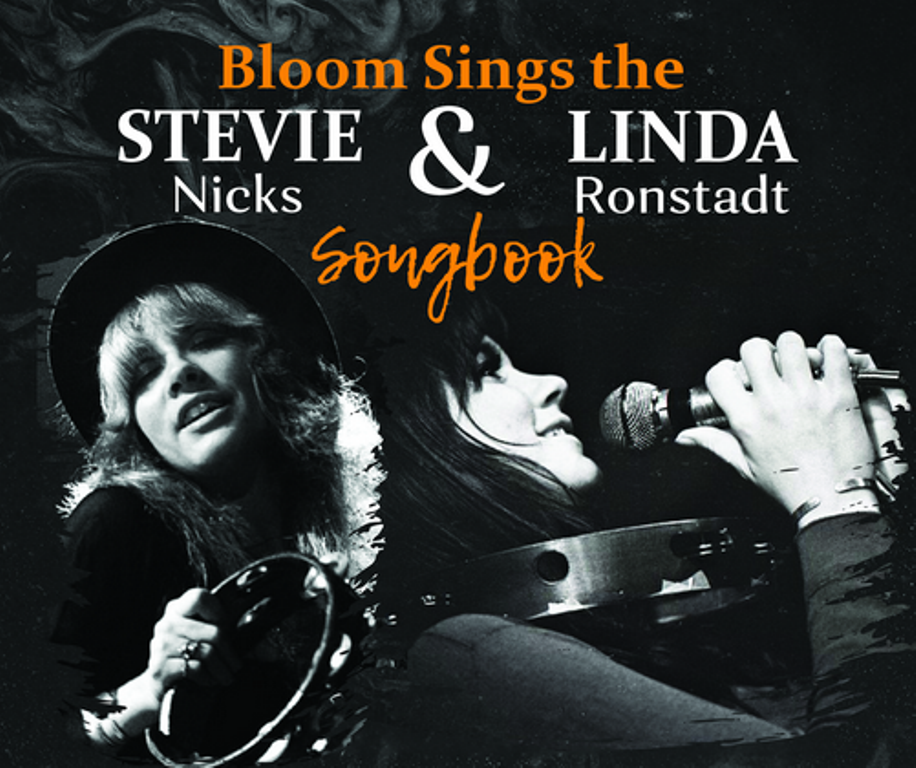 With combined record sales topping over 240 million and over 70 top 20 hits between them, Stevie Nicks and Linda Ronstadt are arguably two of the world’s greatest.

Stevie Nicks is best known as the vocalist and songwriter for Fleetwood Mac but is also a chart-topper in her own right. Collectively, her work both as a member of Fleetwood Mac and as a soloist has produced over forty top 50 hits and sold over 140 million records. She is celebrated as one of the world’s top “100 Greatest Singers of All Time” by Rolling Stone Magazine.

Linda Ronstadt is a name familiar with many and one that spans numerous genres. She is one of the world’s best-selling artists of all time whose voice and naive sex appeal have sold her in excess of 100 million records globally.  She has released over 30 studio albums, is the winner of 11 Grammys, three American Music Awards and one Emmy Award.

And then there’s Melbourne singer/songwriter Bloom who is highly applauded as one of Australia’s greatest power vocalists and is about to combine the two artists in to one special show.  Bloom has already garnered International acclaim for her effortless soulful vocal resonance of power vocalists Adele and Amy Winehouse with her Adele & Amy Songbook tour and more recently a national tour performing the hits of one of her idols in the Linda Ronstadt Songbook.

The hits Bloom has handpicked in this incredible new show features those of Fleetwood Mac, Stevie Nicks’ solo career and that of Linda Ronstadt.  You can expect to hear the likes Gypsy, Seven Wonders, Sara, Dreams, Rhiannon, Stop Dragging My Heart, Edge of 17, Leather & Lace, Landslide … and from Linda Ronstadt: Desperado, Blue Bayou, When Will I Be Loved, That’ll Be The Day, It’s So Easy, Different Drum, Poor Poor Pitiful Me, You’re No Good and more.

Backed by an incredible band featuring some of Australia’s most respected musicians, come and be charmed by the Australian vocal powerhouse that is Bloom and celebrate all that is Stevie Nicks and Linda Ronstadt.