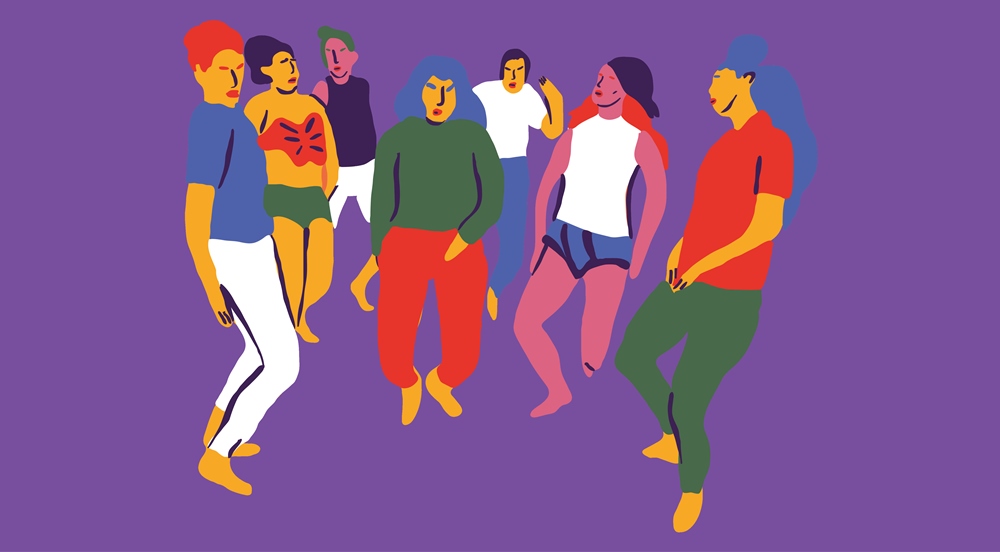 You don’t need to be at the Sydney Opera House on 10 March to experience the main stage action of All About Women. This annual feminist festival is designed to make you think and ask questions about gender, justice and equality.

Featuring three headline sessions and an exclusive backstage interview, the All About Women Satellite Program invites you to reflect on the past and imagine the future of feminism.

Curated by Dr Edwina Throsby, Head of Talks & Ideas at Sydney Opera House, she says: “This year’s All About Women is all about looking forward. So often we get stuck thinking about the same old problems in the same way, but this festival seeks out new voices, new perspectives and new arguments, to consider how feminism is evolving for all people, from all backgrounds, all over the world. If you want to know about where feminism is headed as a global movement, this is the festival for you.”

What are the next steps in this crucial political movement?

A decade since the Me Too campaign began, and a year since #metoo rocked the entertainment industry, there has been a clear cultural shift. Across industries, women who were preyed upon, exploited and harassed have spoken out and sought justice, and the movement has gone global.
But it hasn’t all happened smoothly. Louis CK returned to the comedy stage. The Senate confirmed Brett Kavanaugh to the Supreme Court. Now that accountability frameworks have been put in place, are the structures of justice and legal systems changing? Have we seen a fundamental shift in the way power functions, or is it temporary and superficial? How is #metoo playing out in different countries and cultures?
In this essential panel, we’ll be exploring how the movement must evolve to represent women worldwide, and to create long-lasting cultural and political change.

2.30-3.00pm An exclusive backstage interview with Emily Steel in conversation with Edwina Throsby

Emily Steel is a business journalist who has covered the media industry for The New York Times since 2014. Ms. Steel’s reporting at The Times uncovered a series of settlements totalling $45 million related to sexual harassment allegations against Bill O’Reilly, the former Fox News host. The reporting laid the foundation for an international reckoning over issues of sexual misconduct. Along with a team of reporters who exposed sexual harassment and misconduct across industries, she was awarded a Pulitzer Prize for public service in 2018.

Going far beyond stereotypes, this is an invaluable insight into the underground of feminst activity across the Arab world.

In a global feminist movement, our understanding of women’s rights needs to go far beyond the English-speaking world.
Arab women are so often pigeonholed, orientalised and othered in western discussions about feminism. But the reality is there are strong feminist and LGBTQI movements across the Arab world. This panel, co curated by artist, poet and activist Sara Saleh, challenges the assumptions so frequently made by westerners, that Arab women are subjugated and oppressed, by giving space for some of the loudest activist voices across the Middle East.
This session will demonstrate that discussions about women in the Arab world can go much deeper than “why do you wear hijab?”, and explore the issues and concerns, both political and personal, for Arab women and LGBTQI people.

What do those at the eye of the political storm have to say about leading while female?

While some of our most popular politicians are women, they are still frequently overlooked for leadership positions, are subjected to personal scrutiny to a level not inflicted on their male colleagues, and they cop all sorts of sexist garbage while just trying to do their jobs.
Yet women have a huge amount to contribute to public life, and our society would benefit from greater female representation in parliament. So what needs to change to make more women want to run for public office in Australia? Join this frank discussion between four of the most senior female politicians in the country, about the pitfalls and rewards of their jobs, and how we can shift the culture so girls who want to grow up to be PM are inspired, not discouraged.

All About Women Satellite

2.30-3.00pm
An exclusive backstage interview with Emily Steel in conversation with Edwina Throsby