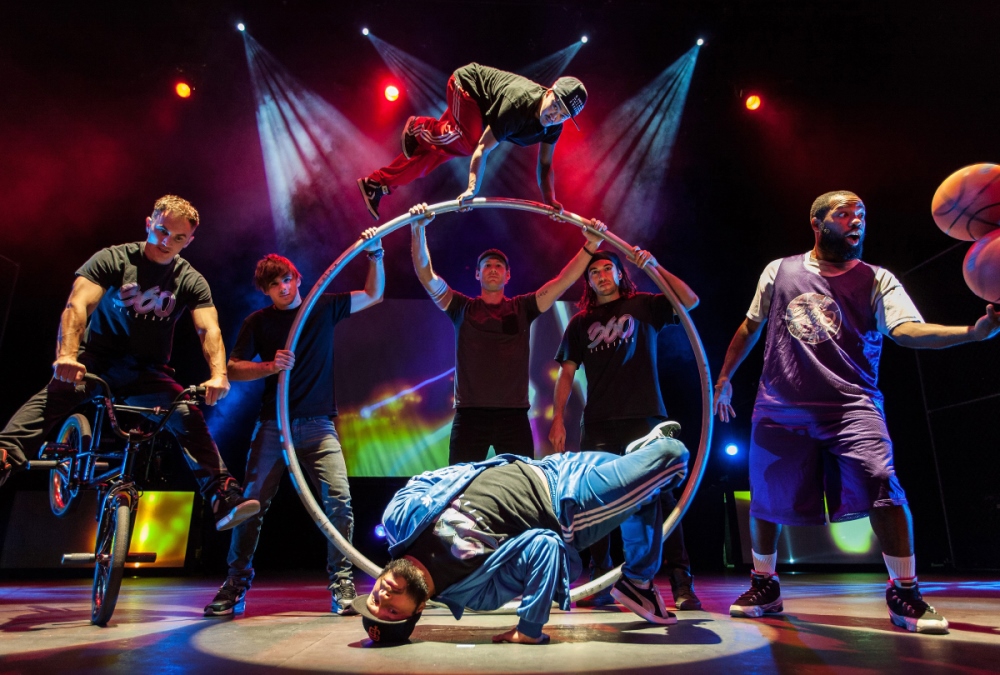 360 ALLSTARS is a phenomenal physical performance exploring all forms of rotation. Boasting a stellar cast, including world champion athletes, world class dancers and world renowned musicians, the production connects the street with the elite to deliver a radical urban circus!

A performance like no other, 360 ALLSTARS reinvents the traditional circus by presenting contemporary performance styles instead of conventional circus art forms. Replace acrobats with breakdancers, substitute a basketball freestyler in place of a juggler, swap the unicyclist for a BMX flatlander, and throw in a Roue Cyr artist and you get an exhilarating circus performance, like nothing you have seen before! And with a stunning live soundtrack performed by award-wining master musicians, Gene Peterson & Roman MC, 360 ALLSTARS is as aurally exciting as it is visually astounding.

Featuring celebrated international artists from Europe, Asia, America, Australia & NZ, 360 ALLSTARS is a revolutionary production that will leave you dizzy with excitement!﻿

★★★★★ “An extravaganza of technique and expertise”
Broadway Baby